by Chrysanthos Maroulis
in Lighting 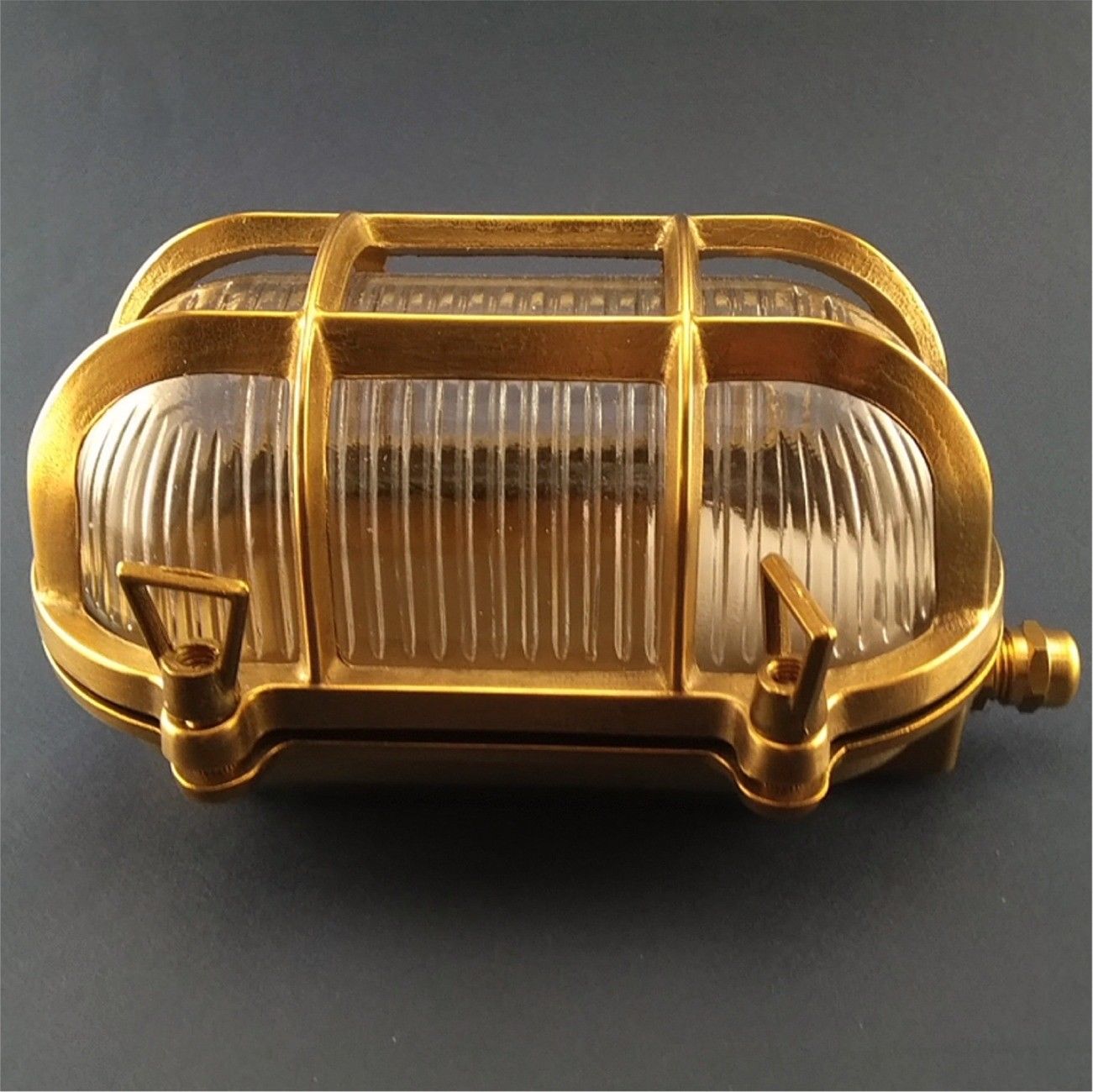 A bulkhead light is a light fixture whose shape looks like a ship’s porthole.

They are made of brass or bronze and feature a heavy and thick glass to protect the lamp, which is enclosed by a wire or solid brass mesh.

The light fixture is waterproof and can be mounted on the wall or ceiling.

In Mediterranean countries, it is also known as a turtle light (helona).

In the old days, this light fixture was used to illuminate ship decks.

Today, it is used for the decoration of the outdoor areas of a house, or for storerooms and other areas.

Bulkhead A general term that has dozens of different meanings, depending on the environment.

A Bulkhead is a structure that isolates an area to prevent damage.

In an aircraft, Pressure Bulkheads seal the aircraft cabin when flying at high altitudes.

In architecture, the term Bulkhead can include retaining walls, such as sea walls.

In ships, a Bulkhead is a vertical wall inside the vessel.

It was the wall in the ship that protected heavy cargo and prevented it from shifting and falling overboard.

Today, in modern vessels, these walls are known as Bulkheads

They serve functions such as structural support and the division of the space into rooms.

Certain Bulkheads are designed to be watertight and fireproof, isolating parts of the ship from other areas.

To purchase from our online store, cookies must be enabled on your device. Dismiss